Sold the Coffin Dance Meme NFT For Over $1 Million

A case about how we managed to support our homeland Ukraine in the unprovoked war started by russia.

A meme of dancing African pallbearers Coffin Dance was sold at an NFT auction for a record amount of 1,047,806 dollars (327 ETH). The winning bid for the meme was placed on April 9th. Starting with our submission and after our powerful persuasion to the pallbearers, the coffin Dance team decided to sell its meme to support Ukraine, which is now fighting a russian military invasion and facing all of russian war crimes. It’s important to note that 25% of the proceeds (our common part of a deal as organizers from Ukraine), according to the prescribed conditions of the smart contract, were sent to the “Come back alive” charity fund to help the Ukrainian military.

Project inception and prediction of a possible fail 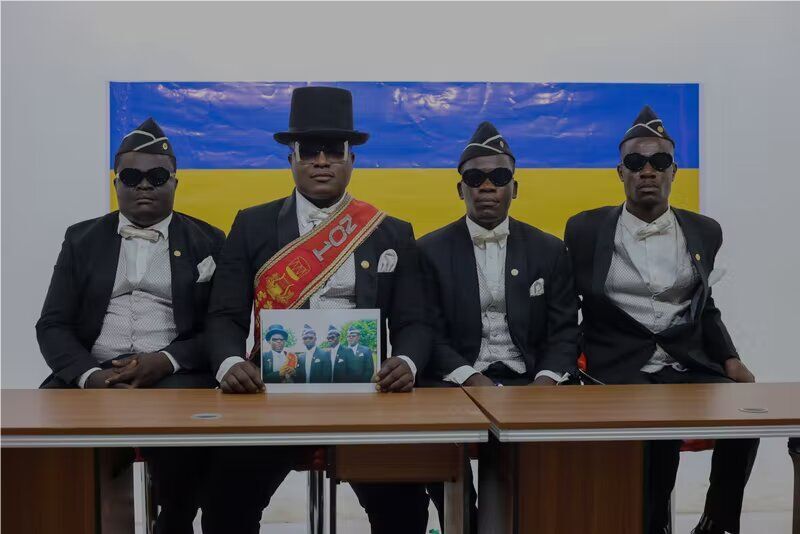 The project was conceived and organized by the Ukrainian company Bads Agency and their founder Dmitry Makarov, together with PR manager Eugene Lapitsky, marketer Mikhail Vatazhok, and IT product manager Rasim Nadzhafov. And of course, approved directly by the group of Coffin Dance dancers. The team developed a marketing campaign in a few days, began to implement it, and eventually put the meme in the NFT token format up for auction. 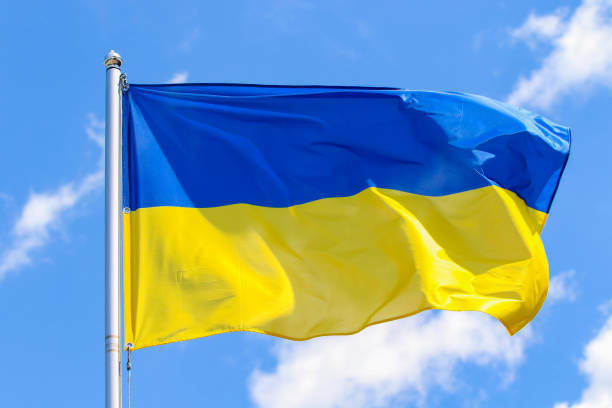 The team was a little worried about tough timing. We did not have enough time and little chance of success, especially knowing the history and insights from sales of other popular memes and famous works in the NFT, because they had been preparing with promotion for a month or two before the start of the auction. But we decided to go for broke with an accelerated approach to promotion, since the war does not wait, and every minute of downtime costs the lives of Ukrainians. 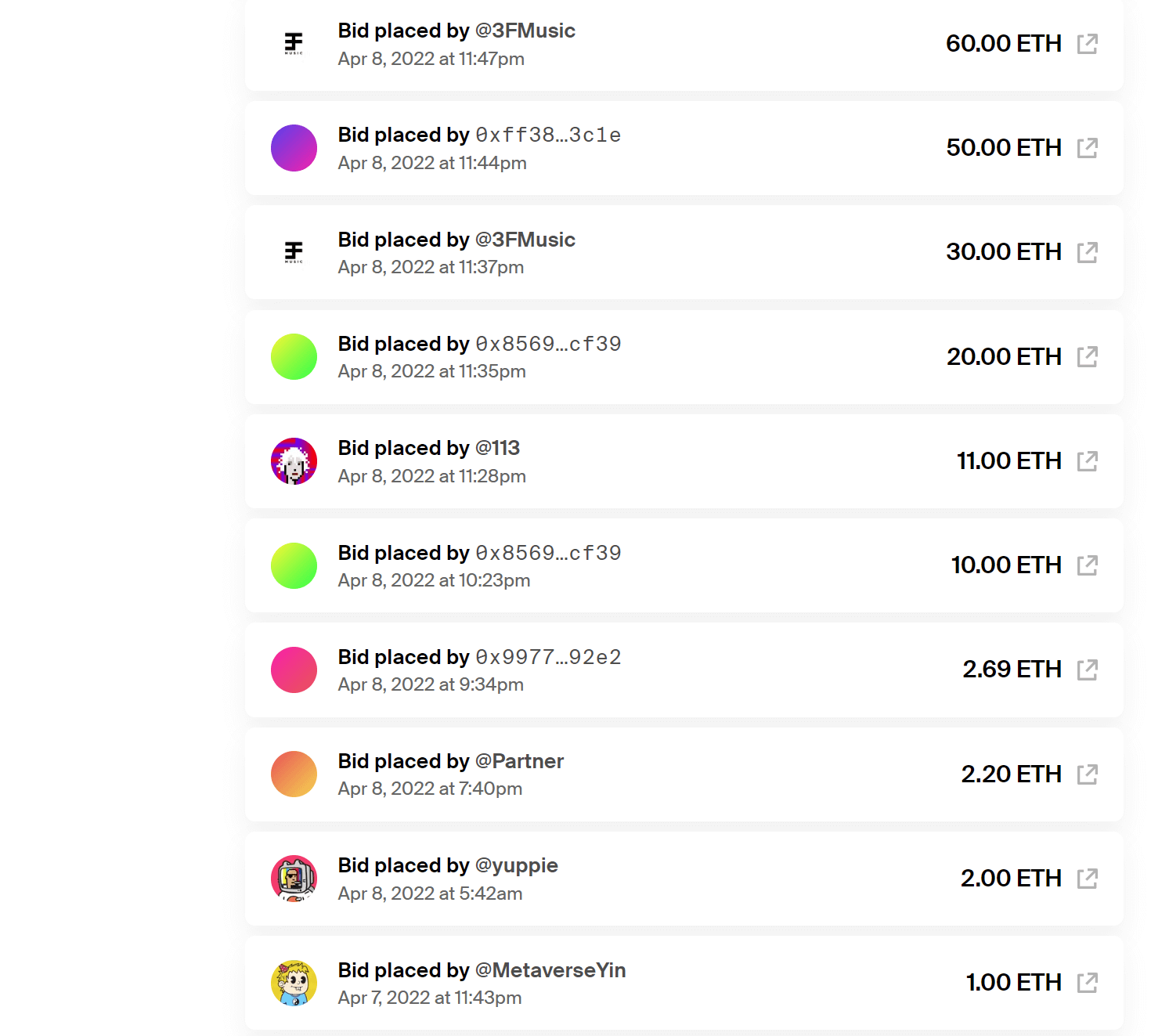 The evening before the end of the auction. We waited in trepidation at the screens and watched the gradual incoming bids on our Coffin Dance NFT. 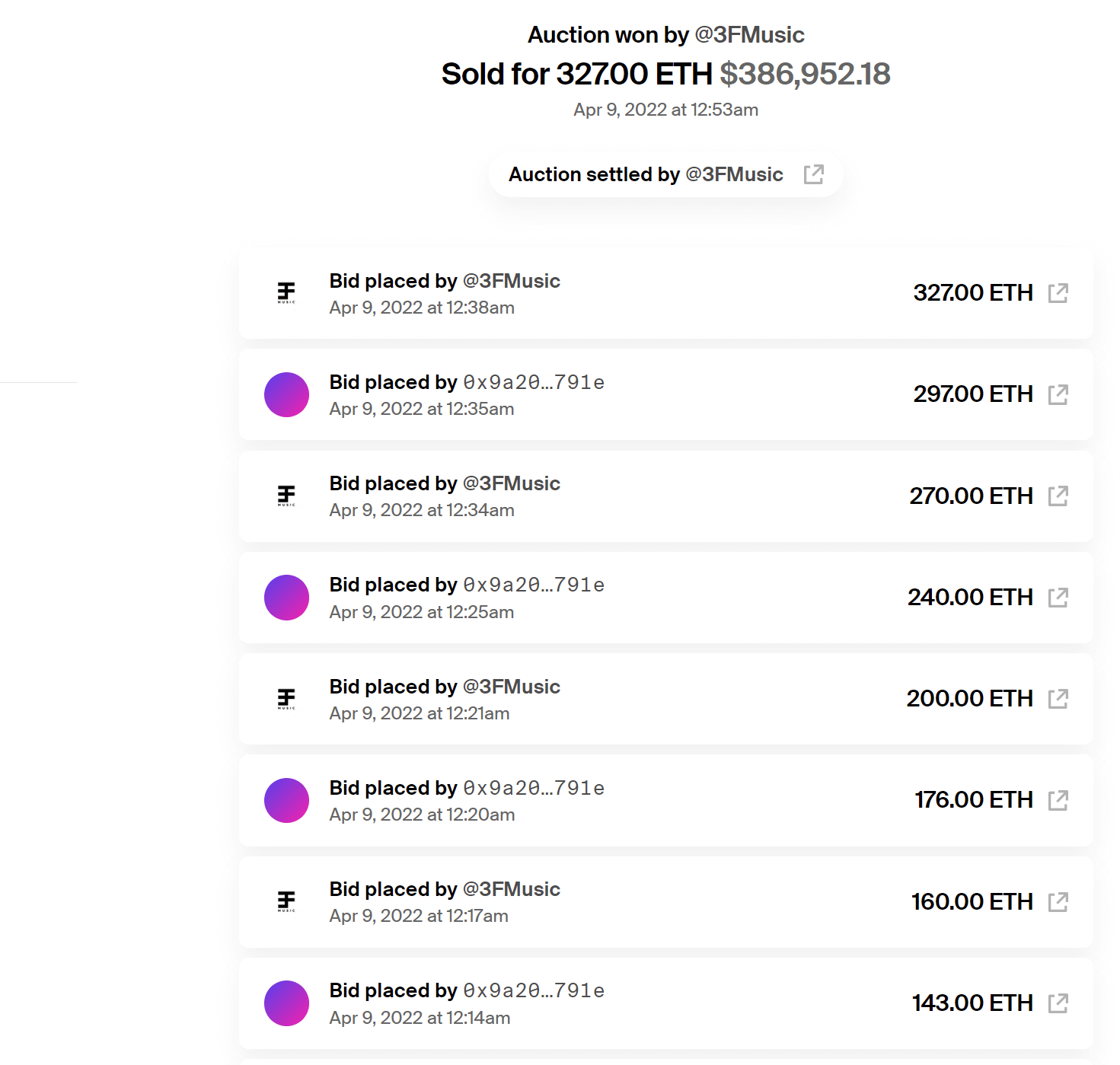 The evening transformed into the late night and along with it, a hot battle of top bidders began. We watched without a single blink updating the browser tab and simultaneously opening champagne. The last bid was placed at 12:38 am and we finally exhaled without fully realizing the magnitude of the success of this NFT project

Project success and an absolute record 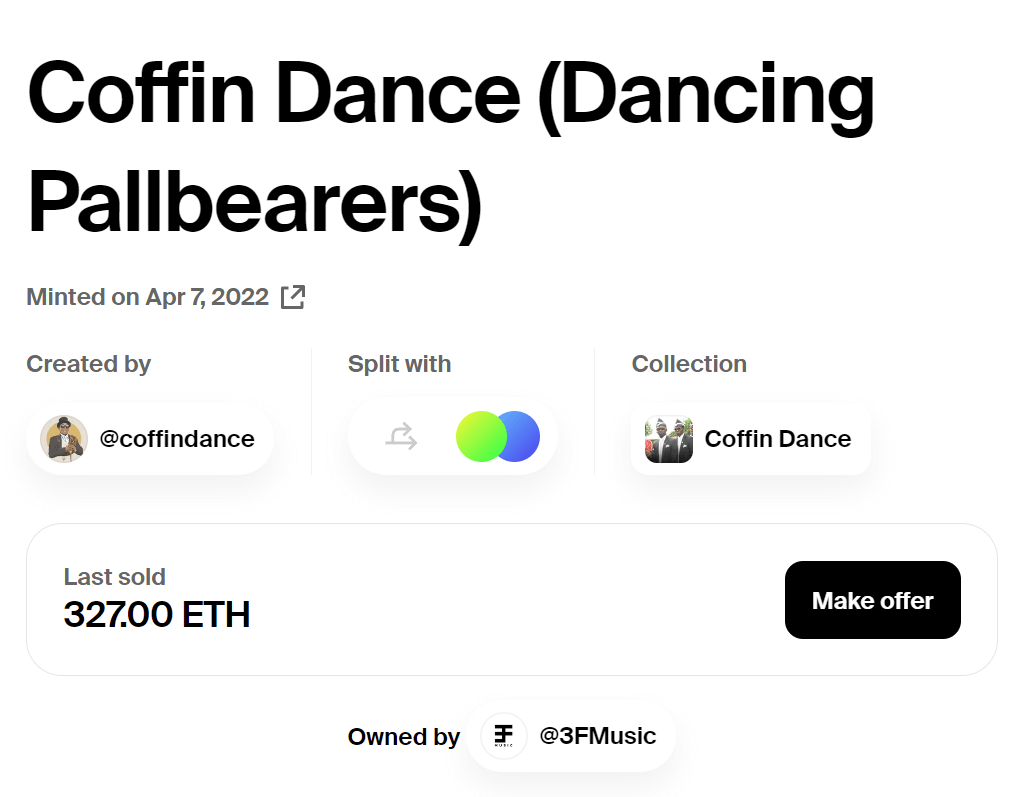 The success of the project can also be characterized by the fact that this is the most expensive token sold, NFT was sold for $1,046,079 (327 ETH) and this is an absolute record among memes on the Foundation platform. Just for your understanding - for our team 100 ETH was considered a pretty good success case. 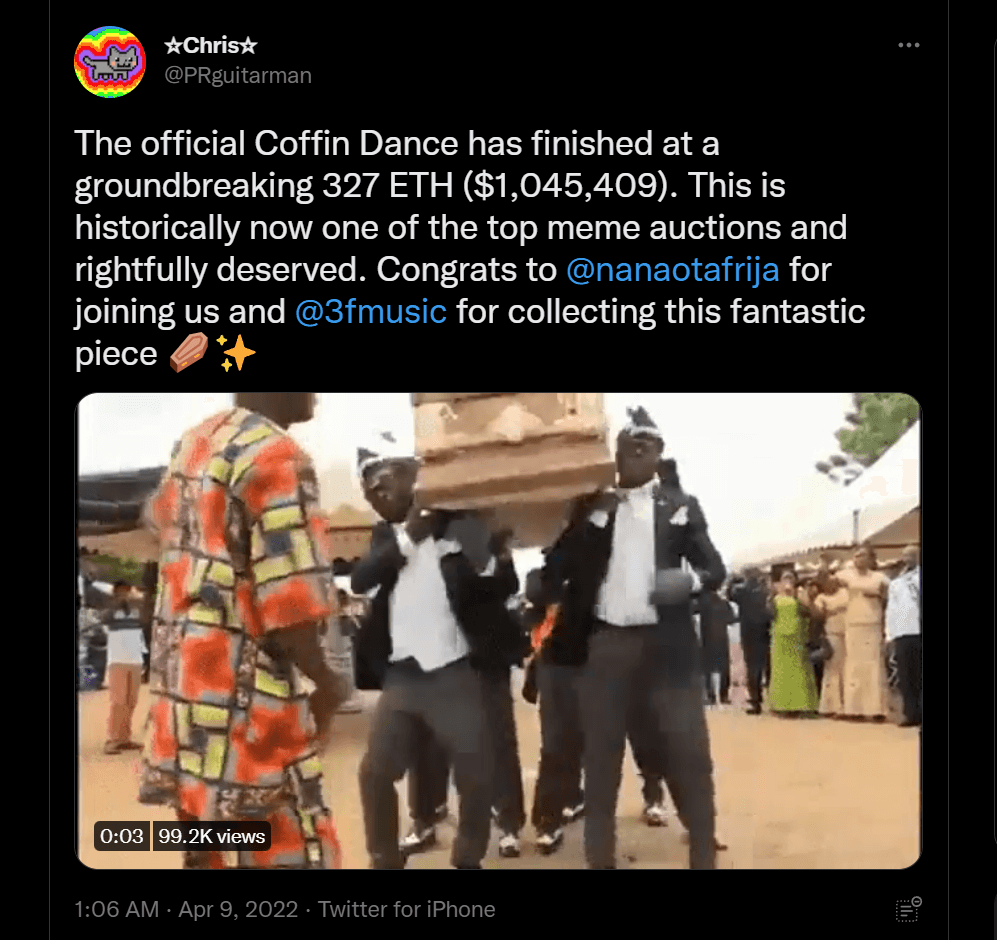 By the way, the author of Nyan Cat, Chris Torres, supported the team and the Coffin Dance project. 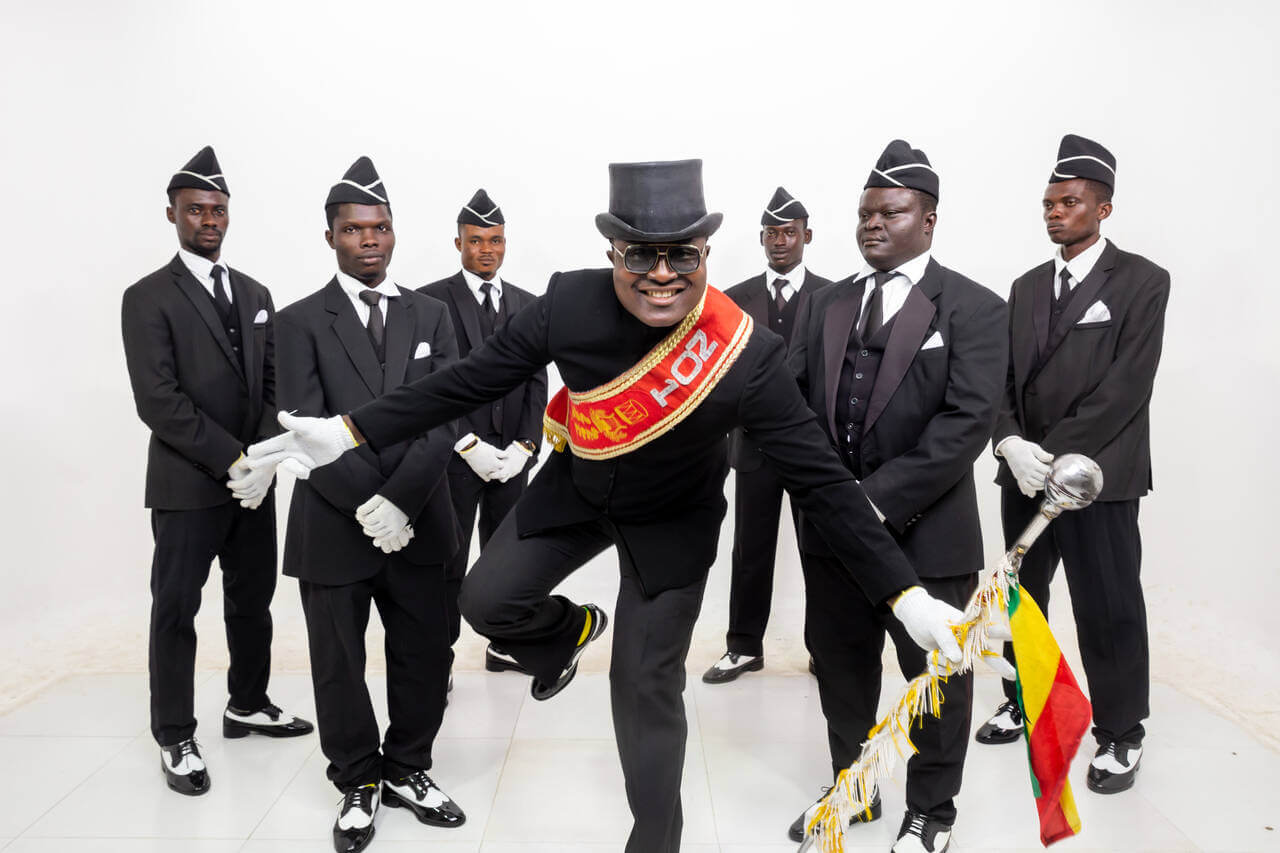 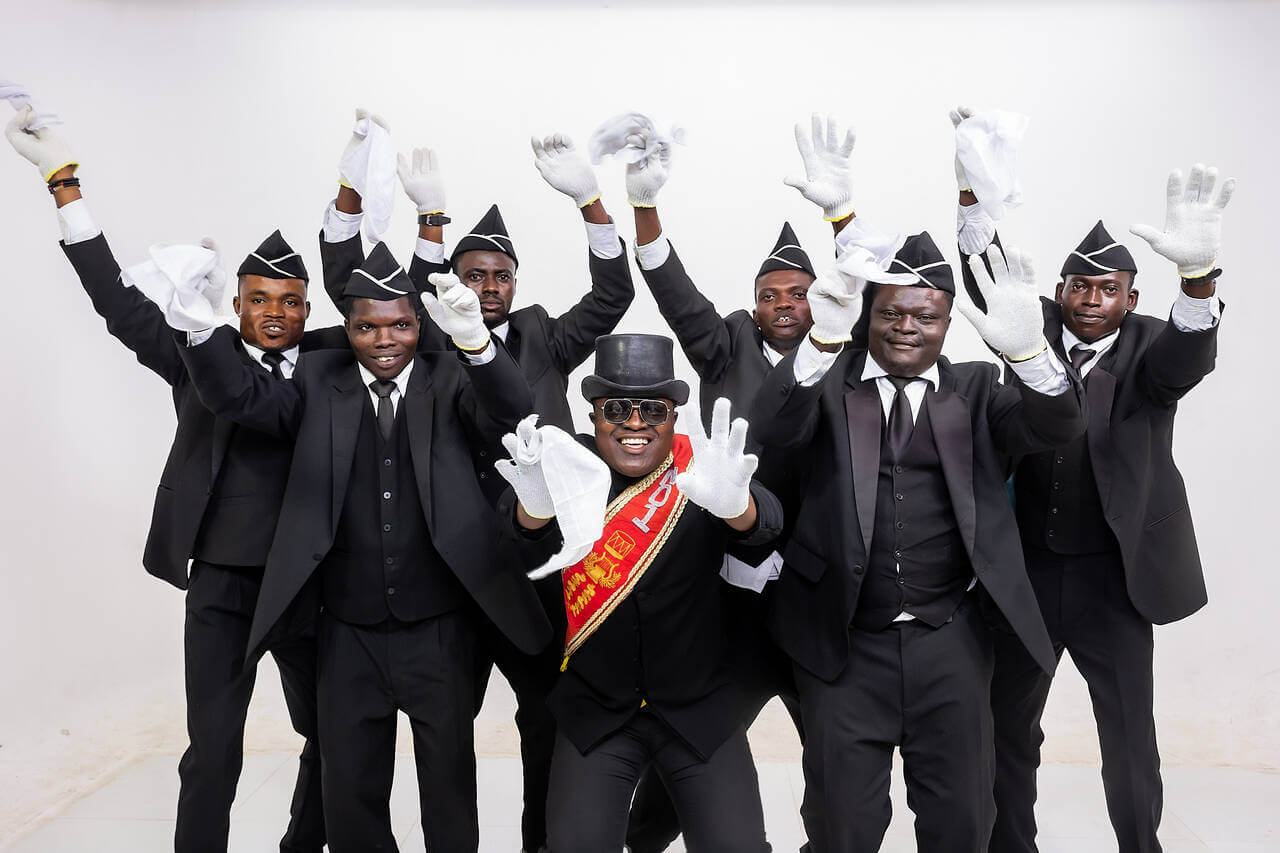 How it all began

On the Internet, many people are familiar with merrily dancing pallbearers. They have become incredibly popular all over the world, they are parodied, challenges are launched with them, memes and video jokes are created. They have been featured in global media such as the Guardian, CNN, BBC, and The New Your Times.

The Coffin Dance meme was even posted on its official page at that time by the current US President Donald Trump. In Ghana, coffin dancing has long been considered a common practice, a tradition.

Locals hire dancers for funerals to cheer the deceased on their last journey. If earlier the video with dancing African undertakers was associated with the spread of COVID-19, now it has acquired a slightly different meaning. Ukrainians believe in victory over the Russian occupiers and help the Ukrainian defenders in every possible way.

More than a year ago, Eugene Lapitsky, known for his extraordinary and creative solutions in the field of PR, contacted Benjamin Aidu, the leader of a group of dancers from Ghana called “Nana Otafrija Pallbearing Services”, in order to help the guys create an image of the Coffin Dance brand and make joint projects and they agreed. Since that time I was involved in all the IT and sometimes PR sides of this collaboration.

Together with me, other Ukrainian specialists, and the Bads agency, Eugene managed to develop successful marketing solutions and lead interesting projects based on the meme. Everything developed very well.

And at the moment when they came to the organization of large-scale Coffin Dance performances in the USA, all plans fell through and money, time, nerves were lost, and the expectations of all parties were destroyed.

During this period, Russia attacked Ukraine. The war has begun. But even in such a situation, in a remote format, in different cities and countries, Ukrainians, together with dancers from Ghana, were able to cooperate, develop a successful plan with the NFT token, its promotion campaign, sell it, and eventually help Ukraine. It strongly rallied all the participants and motivated them to new achievements.

L
#Promo Landing Page
Lara German Interior Composition Course next project
The website uses cookies
Only to give you the best experience on our website. If you continue to use this site we will assume that you are happy with it.